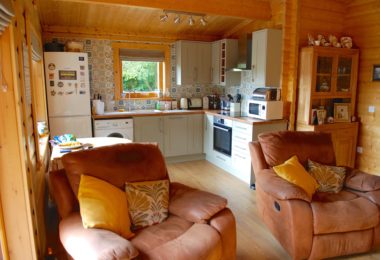 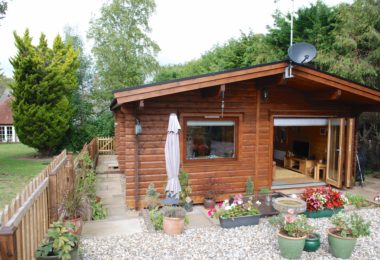 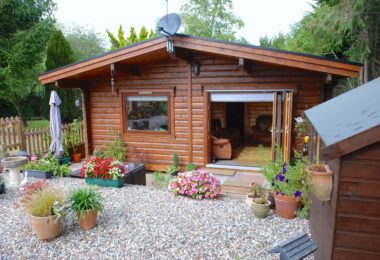 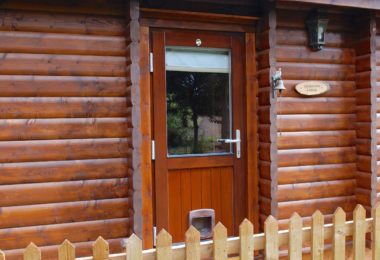 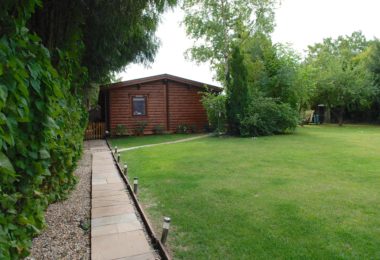 “It was all our son’s idea,” explains Bob Gannaway who is sat next to his wife Iris in their smart new Norwegian Log annex. “We were getting disenchanted in our old cottage because of the massive housing developments being built in the town and we were finding parking difficult.”

“Our cottage had a 100ft garden and that was getting a bit much, so when our son Paul suggested we move here to an annex we grabbed the opportunity with both hands,” he says.

Having found Norwegian Log online, the couple visited the firm’s show home in Reading in January and were so impressed with what they saw, their decision was made. They ordered a two-bedroom traditional Sherwood lodge and then Norwegian Log’s planning consultant successfully applied for a Certificate of Lawful use, which meant no planning permission was needed. Once Norwegian Log’s team arrived on site, within 22 days the building was up and by July the couple had moved in.

But this not only meant a new home for Bob and Iris, their grandson Daniel had decided to swap places with them and move into their old cottage. So, a perfect family-made solution to everyone’s housing needs.

“Here we have a maintenance-free garden and no stairs. The craftmanship is absolutely first class. The standard of the finish is so good, even the windows and doors. And everything is catered for. It’s the small details, and Norwegian Log’s guys were just brilliant,” said Bob.

Their son Paul is also pleased with the new family living arrangements. “My wife and I were very happy for Mum and Dad to move into the annex at the property, so that in their golden years we can keep a close eye on them. They in turn are very happy to help us with our beloved dogs, Harry, Hugo & Hector. This is a beneficial arrangement all round. It was also a great opportunity for our son Daniel and his fiancée Danielle to get on the property ladder,” he explains.

Tucked away at the end of Paul’s rural Hertfordshire garden, the cabin has two bedrooms, a small utility room, bathroom, and open plan kitchen/living area which has views across their own small garden to the open fields beyond. “It’s just so cosy and lovely,” says Iris. “We’ve seen deer, hares and red kites.”

A friend of a friend is now considering following suit. “I’ve told them they should do it, they won’t regret it,” adds Iris.

“It’s a very economical way of living,” adds Bob. “It’s easy to heat and they are built to withstand the weather in Norway. When you then look at cabins from other companies, you realise they are more like sheds! I would always recommend Norwegian Log.”