We’ve downsized but it’s big enough to still have everyone over for Christmas! 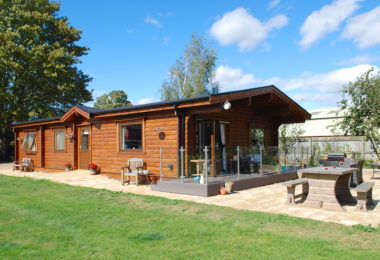 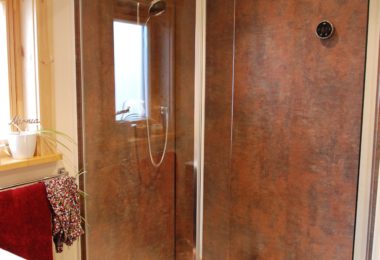 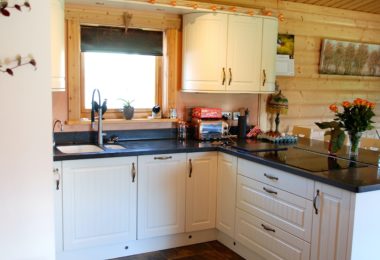 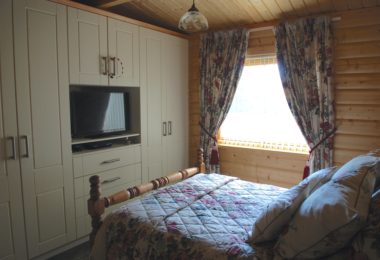 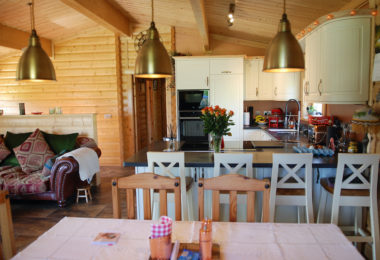 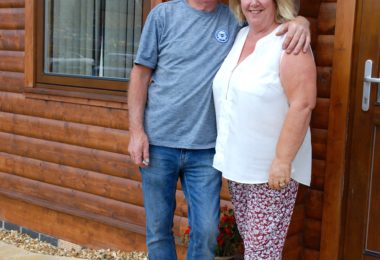 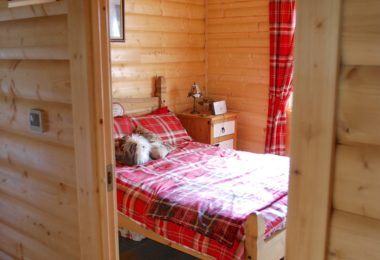 “We had 13 for Christmas dinner”, explains Anne Pilkington as she walks through her log cabin’s spacious living and kitchen area. “The open plan layout is just great for when we have the family over.”

When Anne and her husband Glyn moved into their annex just before Christmas, it was a relief for both of them in more ways than one. Not only do they now have a ‘future-proof’ home but the cabin is a step-change from where they had just been living. Having first sold their cottage earlier in the year, they had been sleeping temporarily in a caravan in their daughter’s large garden. “We’d had the Beast from the East and then the hottest of summers. We couldn’t wait to get out,” Anne laughs.

The reason behind their initial move was practicality. “We wanted somewhere on one level for future years. We have always liked log cabins. My favourite programme growing up was Little House on the Prairie,” she says.

Living in the same village as their daughter, who owned an extremely large garden, they realised an annex would fit the bill perfectly. “We worked out that once we had sold our cottage, we would have enough money to be mortgage-free here. Plus, we are getting on, so it just all made sense,” says Glyn.

Once they had visited Norwegian Log’s show home in Reading and their decision was made, the company organised for the couple to get a Certificate of Lawful Use for their cabin, as planning permission was not needed. “It was a breeze,” comments Glyn. “They sorted it all.”

Work started on site in mid-August and on 1 December, the couple were able to move in just in time for Christmas. “Norwegian Log had left a few weeks beforehand. What they stated is exactly what they did, they were absolutely fantastic,” explains Glyn.

Their smart new two-bedroom, two-bathroom Norwegian Log cabin now sits to the side of their daughter’s garden with a glass-sided terrace and patio, out of sight of the main house.

“They can’t see us and we can’t see them,” says Anne. “To begin with you feel as though you might lose your independence living so close, you have to give each other space. But we’ve settled into a routine now. It’s really nice when we are out on our terrace having a glass of wine and our grandchildren potter over. We are getting on and it gives us that security. It’s also really easy to clean, everything is so easy and that’s just what we need.”