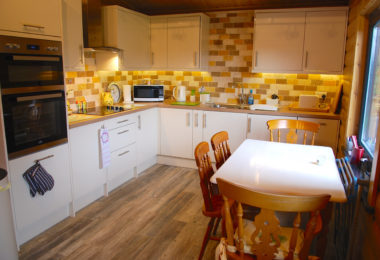 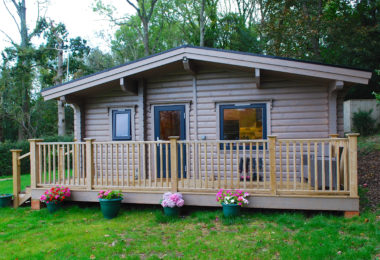 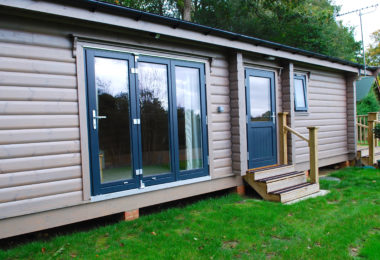 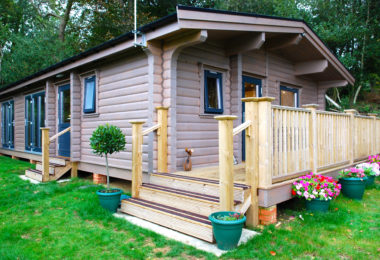 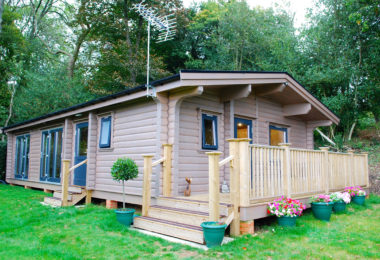 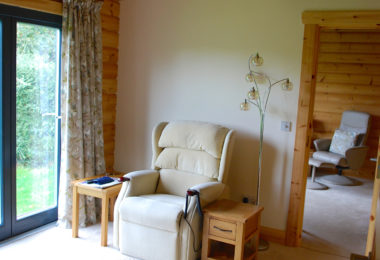 “It’s changed our lives in every way, I absolutely love it,” explains Maureen West when asked about her new log cabin annex that she shares with her husband Eric. “It’s just the most lovely place to live and I am looking forward to the future now.”

Moving into their lodge, which nestles at the end of their daughter Jane’s large, leafy Kent garden, has seen Maureen and Eric benefit from a cosy new home and a completely new way of life.

After living in the same house in the Midlands for 40 years, but with no family support nearby and issues with Eric’s health, they realised a move closer to Jane in Kent would be sensible. “I could only come down to visit for a couple of days at a time in the past and I missed Jane so much,” says Maureen.

With the help of son-in-law Peter (pictured above with Maureen), they researched their options and decided a log cabin would be ideal. “We went to visit three companies including Norwegian Log and when we came away from Norwegian Log’s Reading show home I said, ‘I just really like that place and Nick Forrester’ and the decision was made,” she laughs.

The couple wanted a bespoke layout for their home, with his and hers sitting rooms to watch their own TV programmes undisturbed, plus a Jack and Jill bathroom, dressing area, two bedrooms, utility room, toilet, kitchen and decking area. As Peter is a talented cabinet maker, who is very experienced at working with wood, he liaised closely with Norwegian Log on the layout plans. “We felt as though we were able to design it ourselves internally which was wonderful,” says Maureen.

Norwegian Log helped them gain a certificate of lawful use from the local planning authority and the two-month build began. Once Norwegian Log completed on site, Peter added finishing touches such as extra soundproofing so the couple can’t hear each other’s TVs, and kitted out the welcoming fitted kitchen and utility area.

“I feel as though I’ve already been here for ages and at night it’s so cosy,” says Maureen. “Our young grand-daughter is able to pop over and see us, and has her dinner with us sometimes during the week. Jane even orders our food shopping. It’s just so easy.”

The new family living arrangements have also been beneficial for Peter and Jane. “It’s taken the stress out of having to deal with family who live hundreds of miles away, who you have no way of helping and who’ve got no local support system,” explains Peter. And as someone who works with wood for a living, he says the log cabin solution was fitting, “It is incredibly calming, and very quiet and peaceful.”