It’s allowed me to continue living next to my daughter 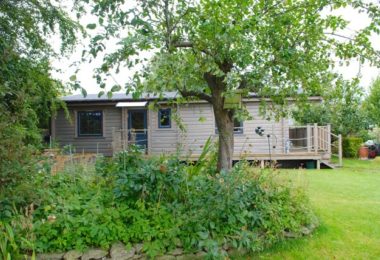 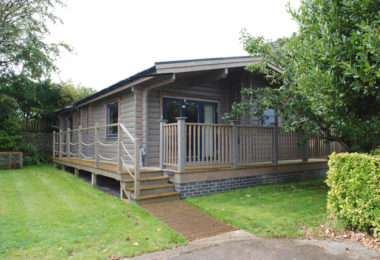 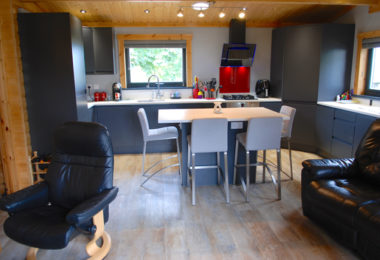 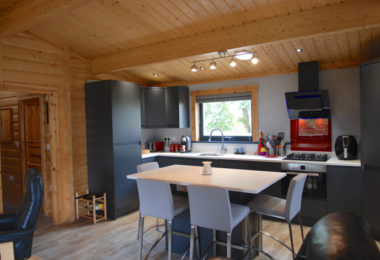 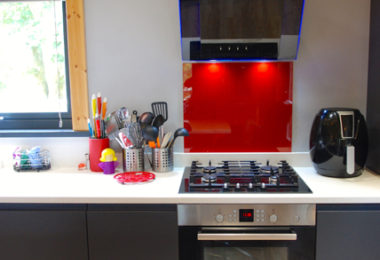 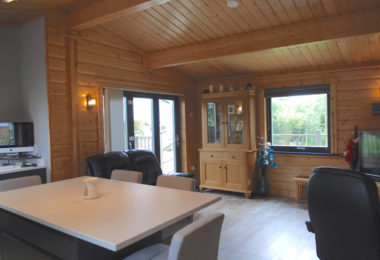 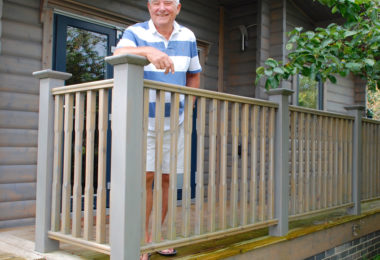 When Dave Swift’s daughter decided to move to a new house, few could have predicted the extremely lucky outcome.

Dave and his daughter Kelly had been living next to each other, in neighbouring properties, and he was concerned her move would mean he’d start to see less of her. But thanks to a lucky double house sale and a new Norwegian Log annex, his worries are no more.

“Kelly was living in our old family home, and I’d built a larger house in its garden for me and my late wife, which I was living in,” Dave explains. “Kelly wanted to buy a home with her new partner which would have obviously meant she’d no longer live close by. But fortunately, both houses sold at the same time - the buyer’s mother wanted my smaller property.”

“I’d done some research and suggested to Kelly that ‘Wouldn’t it be nice if we could build a log cabin’. And that’s what happened!” laughs Dave, who is sitting in his smart new log annex sited in the large, leafy garden of Kelly’s new Somerset home. “It’s solved a major problem as to what I was going to do.”

Dave’s research led him to Norwegian Log and after visiting the company’s Reading showroom, and a return site visit to Somerset, an order was placed. A certificate of lawful use was obtained from the local authority, as no planning permission was needed.

“The build took four weeks to the day, exactly what they had promised,” he explains. “The boys on the job were brilliant and the service back-up has been great. Absolutely fantastic service.”

An on-trend dark grey kitchen with all the latest appliances has pride of place in Dave’s new home. The cabin also includes two bedrooms, small utility room, entrance hall and living area. Underfloor heating keeps the annex cosy. Finished in a contemporary grey hue outside, the annex sits at the edge of the large lawn, next to Kelly’s chickens and vegetable patch. Decking wraps around the annex with a private terrace at the back, with views over the neighbouring fields.

“It blends in really well with the surroundings, the colour really makes it, and I look out onto the Mendips,” he says. “It’s brilliant as I don’t live in Kelly’s pocket but she knows I’m here and she keeps an eye out for me. I also help her with DIY.”

“I have room for a guest to stay but the size means it’s also very manageable. It fits like a glove, everything is within two steps and easy to reach,” he grins. “It has exceeded my expectations and everything has just turned out brilliantly.”