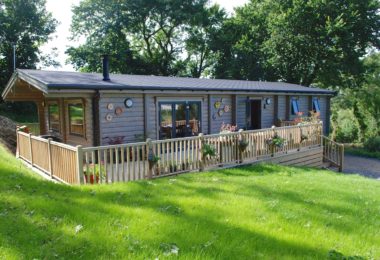 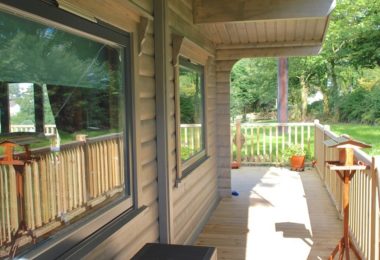 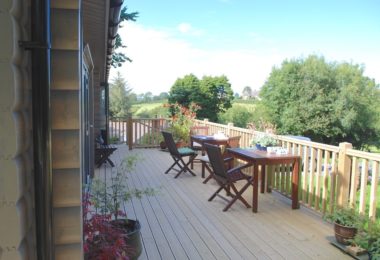 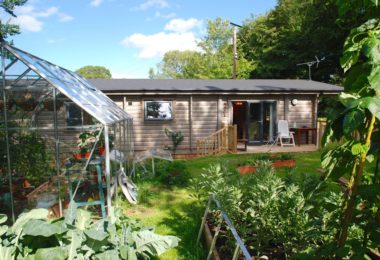 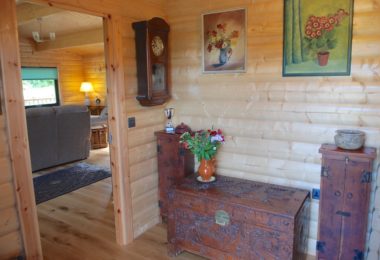 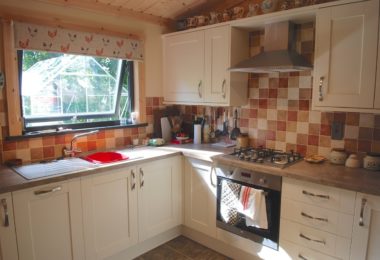 In a corner of a large and leafy West Wales garden sits Ian and Mary Fisher’s new log home.  “The colour is ideal,” says Ian. “You hardly notice it as it blends in so well with the surrounding trees.”

Designed perfectly for their needs, the building has views across the local countryside and is just yards away from their daughter’s house.

After many years in Africa, the couple had been living in Spain but decided to downsize for their retirement and move back to the UK. Living temporarily in their daughter’s home, they had been looking for a bungalow but could not find anything locally that suited them. Their son-in-law then spotted a Norwegian Log Buildings advert in a farming magazine.

The result is a large two-bedroom log home with two bathrooms, a spacious sitting room, a fitted kitchen, utility room and entrance hall.  Furniture and keepsakes from their extensive travels take pride of place and the couple are putting the finishing touches to raised vegetable beds and a greenhouse in their garden.

Working closely with the Norwegian Log team, the couple were able to tweak the layout of their accommodation.  “We have had lots of adaptations from the standard Norwegian Log design,” says Ian.  “We chose to convert a bedroom into a separate kitchen, put in an extra set of bi-fold doors and added additional sites for electrical, TV and telephone sockets.”

A Certificate of Lawful Development was obtained from the local council to allow the build to go ahead.  “We left everything to do with planning in the hands of the Norwegian Log’s planning consultant which was great,” says Ian.

Ian adds: “It’s very convenient, hardly any maintenance and is very warm and cosy.  Early on we fitted some electric heaters but more recently we added a small but efficient wood burner which heats the whole house, so I don’t think we’ll ever need to use those again.”

“Everybody who visits us thinks it’s lovely,” says Mary. “It’s a very relaxed way of living.”

Living within a few yards of their daughter and son-in-law brings lots of benefits for both couples.  “We can look after their dogs and other pets whilst they are away or at work and there is usually somebody around to keep their eye on things,” says Mary.  “We can now see more of them and our grandchildren but we are not living on top of them.  It works really well.”