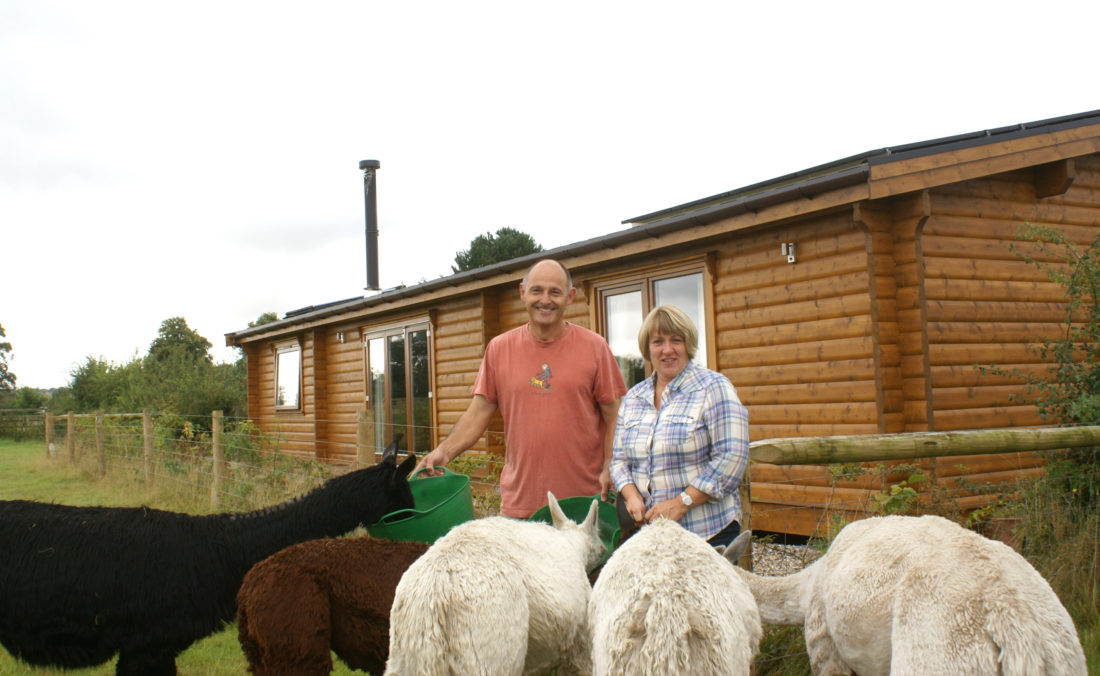 Another small holding benefits from the delivery of a comfortable home

With ever increasing demand for permanent domestic dwellings in the rural community under the National Planning Policy Framework (NPPF), Reading based Norwegian Log Buildings recently delivered a stunning new building for Richard and Leigh Woods; enabling them to build a dream log home on their small holding in Derbyshire.

Already interested in horticulture, especially growing lilies and opening their own garden as part of the 'Yellow Book' National Garden Scheme, in 2008 the Woods decided to give up their high flying corporate careers and salaries and shrugging off the shackles of conformity and take their hobby to the next level, growing plants commercially and selling their wares at various horticultural shows across the UK. They also started to look for land on which to build a nursery; settling on four acres in Derbyshire, which was really no more that a farmer's field, from where their small holding is run today.

Initially there was no intention to live on the land but as the small holding developed, with a second poly tunnel being added, it also became apparent that there was a lot of open grassland yearning to be grazed and the idea of livestock was appealing. After much research rare breed Suri Alpacas, because of their high quality and high value, were identified as a natural choice and in 2010 a group of three breading females were acquired as the nucleus of a new herd.

As the herd expanded, it became apparent that living close to the animals was the only solution, so the Woods applied for and were granted planning permission for a temporary building on the site. Not wanting to live in a tin caravan for three years waiting for planning consent for a permanent structure, the Woods looked at the possibilities - and discovered Norwegian Log Buildings could deliver the home they wanted without the wait. Norwegian Log Buildings has been designing and building its traditional log homes for the rural environment for over 25 years and because they are transportable they comply fully with the Caravan Act as a mobile home, being built to BS3632 (the specification for a Park Home construction) so they are exempt from VAT as well as not being subject to Building Regulations.

'We were delighted with the overall Norwegian Log Buildings experience, Initially we didn't know what to expect, but were able to exactly plan our own building and were part of the overall design process. Norwegian Log also put us in contact with other owners so we could see their homes as part of the decision making process.' explained Richard Woods.

Norwegian Log Buildings was also able to include a number of specific design elements. Being completely off the power grid, for example, meant installing photovoltaic solar panels on the roof that are capable of providing 20 kW of power per day; ample for the overall needs of the building and the site, while fresh water for all onsite needs is drawn from a 250 foot bore hole. The heating and hot water supply was boosted by using thermal tubes, again on the roof, and a log burner with a back boiler for the winter. The weight of the wood burner also necessitated strengthening the floor to support the increased weight - which again was not an issue.

'This is another perfect example of how we work with our customers to deliver the 'temporary' home they want, within the National Planning Policy Framework,' added Nick Forrester of Norwegian Log Buildings. 'In this instance the site was below the minimum 7.5 acres threshold for temporary buildings in the rural community but the Woods could demonstrate that their business was active and sustainable before moving to the site.'

Today Whistling Duck Alpaca is home to 17 Suri alpacas all named after lilies, with a string of successes and champions. Whistling Miss Lilly was the Champion White Female in the British Alpaca Futurity 2012 and Whistling Arabian Night was the 2012 Best Champion Brown Male. The nursery 'Lilies and Chillies' is also still expanding and the Woods are thoroughly enjoying the comfort and space their Norwegian Log Buildings provides.