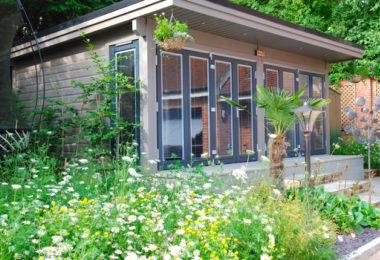 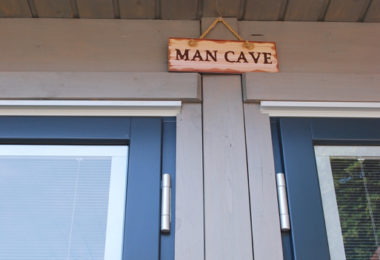 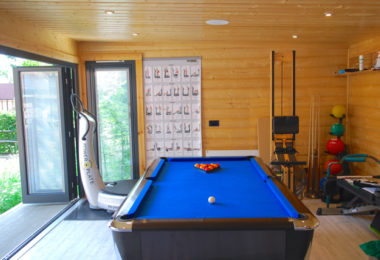 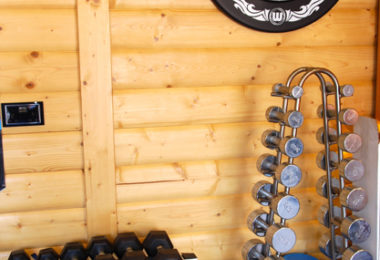 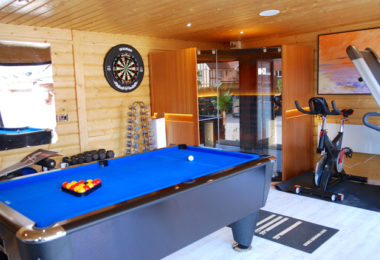 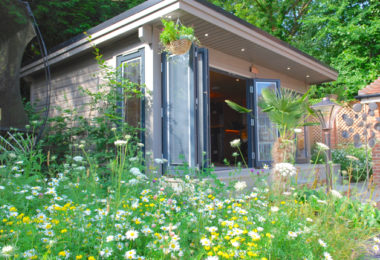 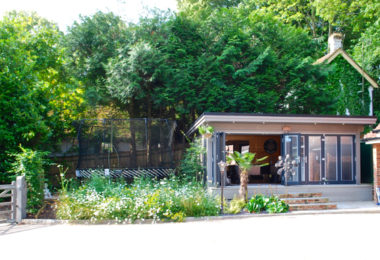 Take a peek inside Richard Lawrance’s smart new garden ‘man cave’ and you can quickly work out what he enjoys doing in his spare time.

Training for such demanding events can be tough, particularly over the cold winter months, but Richard’s gorgeous new gym has meant getting soaked and muddy can be a thing of the past. “Earlier this year it rained non-stop, so I used my running machine instead of training along the river in the miserable weather. I opened up the gym’s wide doors, put the music on, and it was almost like running outside without getting wet,” says Richard.

Richard’s silver-hued 6m x 4m gym with double bi-fold doors, sits at the top of his Henley-on-Thames driveway, next to a garage and annex. “Before the building was installed, this was a redundant bit of grass that was garden we never used. I actually wanted a games room initially, and I had a treadmill and a Power Plate, but it’s grown from there,” he explains

After finding Norwegian Log Buildings online, he visited the company’s showroom in Reading. As he wanted the building to sit in front of his house near the road, once he had pinpointed the log cabin he wanted, Richard employed a planning consultant to apply for planning permission. Installation took around a month including multiple coats of the smart silver wood stain - which Richard liked so much he also used to paint his gate and fence.

“I couldn’t live without the building now. I’m just delighted as it’s such a versatile space. If I’d had a gym in the garage it would have been cold and horrible. This is self-contained, away from the house and I can go and lose myself in there if I want to,” he says. His three children also use the cabin to play pool and darts.

And its nickname? “I used to call it a summer house which didn’t do it justice at all, so when the sauna company were here installing their equipment, they called it my man cave and that’s sort of stuck,” he laughs. “My daughter even went out and bought me a sign.”