We can now travel and enjoy the rest of our retirement 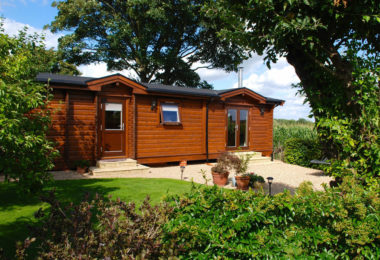 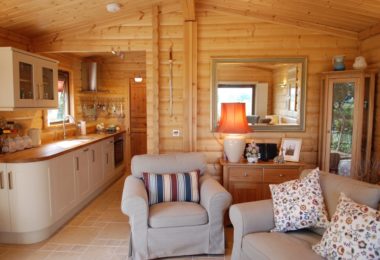 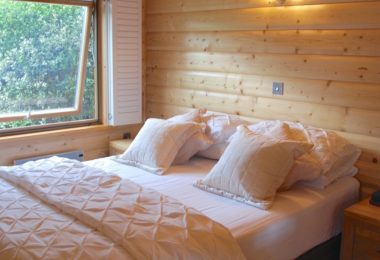 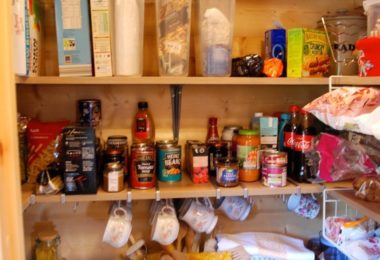 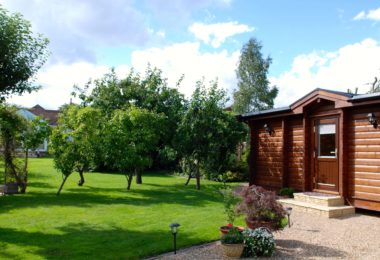 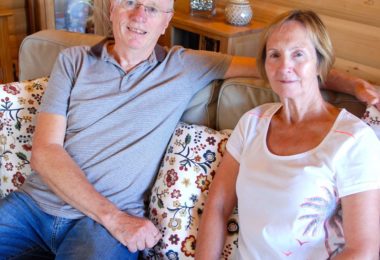 “Go for it!” That’s the advice of Rosemary Young to anyone pondering whether to downsize and move into a Norwegian Log granny annex. “You can design it to match your exact needs. And it feels a bit like you’re on holiday the whole time. It’s so lovely,” she says.

When Rosemary and husband John decided to move back to the UK, they swapped their villa in south west France for a solid log retirement cabin overlooking fields on the outskirts of Reading - located at the bottom of their daughter Helen’s garden.

Tucked away, almost out of sight of Helen’s house, the traditional-style annex boasts an immaculately furnished living room, fitted kitchen, double bedroom with dressing area, shower room and a pantry. The latter was the brainchild of the couple who were happy to forgo a second bedroom to accommodate a slightly larger bathroom and dressing area, and a neatly stacked old-fashioned pantry cupboard.

John explains: “They emailed the plans to us when we were still living in France and we were able to make changes to the sizes of the rooms. We wanted more storage instead of a guest bedroom. It’s great, we use the pantry the whole time.”

Son-in-law Ian originally looked at building a bricks and mortar annex but was advised this would not add value to their home by a local estate agent. When the family all visited Norwegian Log’s show home, he said: “We had a look and fell in love.”

Ian oversaw the building work for his parents-in-law whilst they finalised their move back to the UK. Liaising with the Norwegian Log team and a planning consultant, Ian applied for a certificate of lawful use from his local council so the cabin could be built within his garden. After a matter of weeks, this was granted and the build began.  “The team of people who erected the cabin were just brilliant and so professional,” Ian says.

The two couples now benefit from living so close to each other. “It’s the security and the company but we don’t feel as though we are living in each other’s pockets,” says Rosemary.

“It’s great to be able to look after each other. When Helen and I go to work, they look after the dog and are here during the day. Whilst we are away on holiday, they look after everything at home and we return the favour when they go on their travels. We all chip in together and we have meals and garden together,” says Ian. Helen agrees: “I’m a family girl so it’s great to have them so close.”

With low running costs and just a log burner needed to heat the solid log cabin even in winter, it is a sound financial move for Rosemary and John.  “It’s so cosy and warm,” explains Rosemary.

“It’s really nice to be able to keep your collateral rather than giving it away to an expensive retirement home or the government. We are looking forward to spending our money on travel and enjoying the rest of our retirement.”