We use our pool every day now 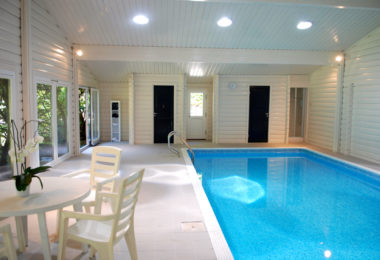 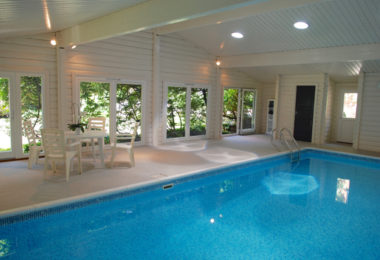 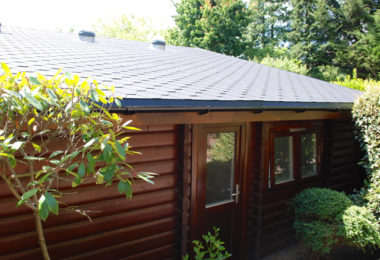 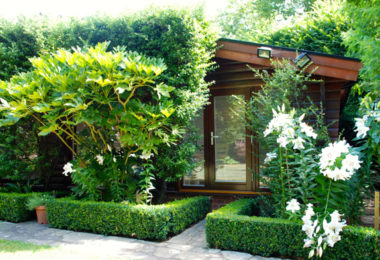 It might be hard to believe but this beautiful indoor pool, housed in a Norwegian Log building in Coombe Hill, Surrey, was built 30 years ago. The year Michael Jackson released his ‘Bad’ album, Margaret Thatcher was elected Prime Minister for the third time and the south of England was devastated by the Great Storm.

Since then decades of family fun have begun to take their toll on the pool and, with modern-day updates in building and energy efficiency regulations, its current owners, the Edwards family, decided it needed a face-lift. They turned to Norwegian Log, who had built the pool enclosure for the previous owner all those years ago, to give it a 21st century make-over.

“We wanted to give it an update. We chose a new roof with sun tubes, the latest double-glazed windows and doors, an up-to-date floor, and it was painted inside and out,” says Caroline Edwards.

The job was overseen by Paul Williams, Norwegian Log’s contracts manager. “Paul was very efficient and incredibly imaginative about what we could do,” comments Caroline. “He did exactly what we wanted within budget and made savings when we needed him to.”

Working to a very important deadline – Caroline’s son’s 18th birthday – the Norwegian Log team set about the transformation. “It was like one of those makeover shows,” laughs Caroline. “They worked like Trojans, arriving early and working late.”

Over the years, ornamental shrubs have matured outside the building and Caroline was keen these were not damaged during the makeover. “Everyone was incredibly careful about preserving everything outside, I was really pleased,” comments Caroline.

With the transformation completed in time for the important birthday, the Edwards are delighted with the end result.  “It just looks beautiful and, as the floor is non-slip, I don’t have to worry about the children when they have pool parties,” says Caroline. “The children are really proud of it. It’s given the whole thing a new lease of life. We feel it is money very well spent as you can see the quality of the work is excellent.”

Most importantly, Caroline adds: “We use it every day now because it’s a pleasure to go into.”